← GILMER COUNTY HOME TO COVER UP’S – SEX SCANDALS – and ABUSE! All Done by The HANDS Of The Glenville Power Elite!!
The EVIL SIDE Of GRAFT And CORRUPTION In Crooked County! →

DECEPTION IN GILMER COUNTY! The Power Elite and the BOG at GSC Say, “Oh What a Tangled Web We Weave, When First We Practice to Deceive!!

If a lie is repeated often enough it becomes the truth!

That’s the way things are done up on the hill in the Ville!

Take a couple of lawyers, toss in a gas & oil baron and his family, maybe a “reliable” friend or two and mix with the President of the institution…

Now there is one hell of a recipe for scandalous and unethical behavior!

In exchange for bought and paid for “loyalty”, boards and organizations are created with great titles and noble purpose.  Unfortunately, the purpose is soon forgotten after a 501c3 not for profit status is obtained from the Federal and State Government.

These so called leaders of the community just forget about EDUCATION.  They just forget that they receive a substantial portion of support from other governmental units, and the general public in the form of tax payer dollars!!

THREADS IN THE WEB:

GSC Alumni Association 501c3 Provides scholarships and funding for general education purposes:  Executive Director Dr. Peter Barr in 2007. Revenue 2008  $2,610,304  Expenses Over 2 million. Total assets over 10 million. Director, D. (I owned McDonalds) Pounds, annual salary of $37,754 paid  in 2008 per 990 filing. Hey, isn’t he also the Vice President for College Advancement?  Wonder what that pays! President Timothy B Butcher.  Members of the board include College Director Sue Morris and Doug per 990.  Mr. Pounds retains the books per the filing! 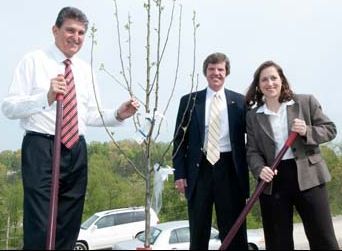 Big Joe-former WV Governor, Peter Barr and SoS Natalie T-- NONE of "THESE THREE" have turned out to be good for Gilmer County! The Power Elite support Big Joe with Big BUCKS and mostly it is all about the Power Elite putting money in their pocket and the citizens get screwed! Natalie Tennant charged BM, Beverly Marks (former county clerk)with a misdemeanor for voter fraud, and the new County Clerk Jean Butcher with two misdemeanor charges, but it is alleged they are both guilty of felony election fraud for exchanging recording modules in the voting machines. A federal complaint is pending on both the former and current Gilmer County Commission Clerk. Peter Barr GSC President was a partner in the real estate swindle that was just heard in Federal Court!

GSC Research Corporation 501c3 Provides support to the college alone.  3 voting members comprise the board.  Dr Peter Barr, Robert Hardman and Dr. Butler, these are appointed positions but could not verify by whom.  Possibly the Board of Governors. Assets $287,913 in 2008. Had $250,000 of notes and loans receivable.  Books managed by Robert Hardman Purpose to facilitate grants and research.  Gee, is this where the county’s $30,000 went to?  Was that income declared by anyone?

GSC Housing Corporation 501c3 Purpose  to provide residential housing to GSC faculty and staff. Dr Peter Barr and Robert Hardman as officers, Thomas Ratliff (head of maintenance GSC)  and others as trustees. Other salaries and wages paid over $70,000 with $16,000 + in benefits but not ID’d to whom.  Over $599,000 in revenue, public support reported at 98.79%. Books managed by Robert Hardman.

Morris Foundation 501c3 a non operating foundation whose purpose is additional construction and operation of the sports park in 2008.  Who is managing that park in 2010?  A certain County Commissioner related to the Butchers?

This Bullshit is never ending in Crooked County!

Pretty nice salary I hear since  quitting  the college.  But you never really quit do you?

The books are retained by IL’s secretary Sandy Pettit!

They all do it the Crooked County way!

GSC Board of Governors- at the time of the action in question R Terry Butcher was a member of the board of governors and, if I am not mistaken, Timothy B Butcher was President of the GSC Housing Corporation.

With the “new” restructuring the wife of IL MORRIS – Sue Morris is current board director!

This is starting to read like a WHO’S WHO of  “Fuck you!”

“We are gonna do what we want to …and make some fat stax of cash too!”

GILMER HOUSING PARTNERS LLC: a FOR PROFIT ENTITY Manager and Organizer Dr. Peter Barr per the State of West Virginia and various recordings at the court house.

According to Dr. Barr and multiple news reports this is handled by Mr. Ratliff, the full time head of Maintenance for GSC and if you will note a trustee of the GSC Housing Corporation as well.

How many pay checks for him and others?

Dr. Barr managed it so well he let the Butchers prepare a $30,000 promissory note by New Horizon (Jack Jones President) to Gilmer Housing Partners on the first sale of the new housing development which originated from Ex- Mayor Putnum to  IL Morris, to the Alumni Association, to the GSC Housing Corporation to Gilmer Housing Partners all tied to the Board of Governors with a resulting suit in federal court tied to the County Clerk’s Office. 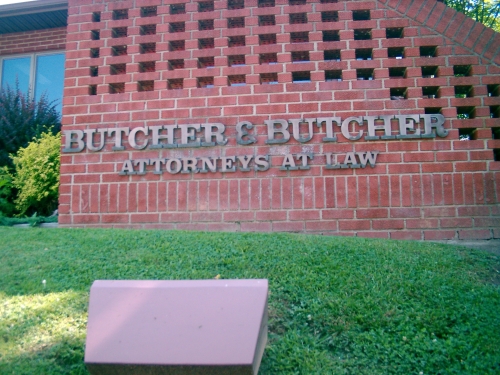 The home of corruption for Gilmer County! The Butcher and Butcher Law Firm ignored letter after letter from lawyer after lawyer regarding doing an accounting for the AJ WOOFTER ESTATE - An Attorney for the council on aging Margaret Kreiner stated that the terms of the AJ WOOFTER WILL were not met! A criminal report made to Sheriff Metz was ignored! He stated for the record, "I'm not a gonna go up there and bother them people!" Great job of law enforcement Sheriff Metz!!

Now you can at least follow how the wicked web of deceit is wickedly woven  on the hill in the Ville !!  You got it now!

I hope you can clearly see how attorneys whose membership spans at least three non-profit organizations within the college can participate in the for profit step child of that same body.

What was their bill?

Who are the investors and how much did they put up for seed money?  How are they to be paid back? How much money have they made or lost?  Where does it go?

Don’t forget the Crooked President of the college is in it all the same, same.  He knows how the wicked deals are woven, and who runs these organizations at all times, to him it is all a game, game!

Dude tells the BOG what he wants!

Have another drink Peter Barr and don’t forget the BARR code next time you park your car at the bar!!

Those who have a good business sense will know why the President of GSC is placed to interconnect with every back room deal and parcel out the money in the Ville !

Is this mess ethical?  HELL NO!!

I seriously doubt the IRS would find it legal!

Keep that picture in your head. It is all public information for those with the desire for the truth.  Read the latest from Federal Court.

Those Butchers got their asses kicked in federal court!!

Don’t forget that the next time decisions need to be made about what is good for Gilmer County.

But, the Power Elite only think about what is good for putting money in their pocket and to hell with Gilmer County and it’s citizens!

Those Butchers and their Gilmer County Housing Partners in crime can sure weave one wicked web to deceive!!

Here is the US District Court Document that orders the Bullshit company formed by the Butchers to PAY UP BITCHES!!

(click the green link for PDF of court document)

If you can not access document via  link contact your local Gilmer County Secret Seven Member at:

← GILMER COUNTY HOME TO COVER UP’S – SEX SCANDALS – and ABUSE! All Done by The HANDS Of The Glenville Power Elite!!
The EVIL SIDE Of GRAFT And CORRUPTION In Crooked County! →