Rocking in the FREE WORLD with the Secret Seven Coalition – On a mission to uncover corruption in Gilmer County – And the State of West Virginia – SS Sends complaints to the WV Ethics Commission!

Speaking of the Gilmer County Court system, the Supreme Commander of the Central West Virginia SS officially notified Teresa Kirk the executive director of the Ethics Commission during a 46 minute conversation that ended at 11:14am Wednesday September 5th, after revealing hard facts officially to the ethics commission that involved KAREN ELKIN Gilmer County Circuit Court Clerk allowing the leader of the Fire Starting Cult Christopher Todd Smith to view and copy SEALED documents from the Travesty of Justice Case file that were actually marked confidential. Also a document from the Travesty case file held by Roger Curry which held a document that showed the defendant had his sentence suspended was recently discovered, when actually there was no suspended sentence, and further the terms and conditions were worded in such a way as to reveal information that is privileged and protected by the United State Constitution!

SCHOOLS OUT FOR SUMMER 2014 IN CENTRAL WV AND WE ARE GOING TO KEEP ON ROCKING IN THE FREE WORLD BITCHES!!!

Memorial Day is a HOLIDAY all around the great United States of FUCKING FREE WORLD called AMERICA wherein the men and women who died while serving in the military are remembered. Lets celebrate with this RGW article to kick off the SUMMER in Central West Virginia!
This holiday, which is celebrated every year on the final Monday of May, was formerly known as Decoration Day and originated after the Civil War to commemorate Union and Confederate soldiers who died in the Civil War. By the 20th century, Memorial Day had been extended to honor all Americans who have died while in the military service it typically marks the start of the summer vacation season.

What is the answer to help end the NIGHTMARE in GILMERCOUNTY? How can we end the totalitarian rule and feudal system that we now live in? When the elite can buy the cops we are fucked!

Can YOU believe this … the local detachment in Glenville, the headquarters building, the State Police acquired from IKE MORRIS for ONE DOLLAR in exchange for not prosecuting Doug Morris for a Cocaine charge which included giving back his 60,000 dollar Porsche.
Our own OKIE from Gilmer County is the State Trooper that busted Doug Morris!
The local citizens have been outraged since being informed of these facts!

In honor of the fact Monday May 5th is Cinco De Mayo let’s celebrate it the way it could be celebrated down in our part of Crooked County where the piñata is so pissed off from being ruled by a totalitarian government that our back woods piñata is going to turn on those little rich bastards of the “Power Elite!” as soon as they take a swing at him… 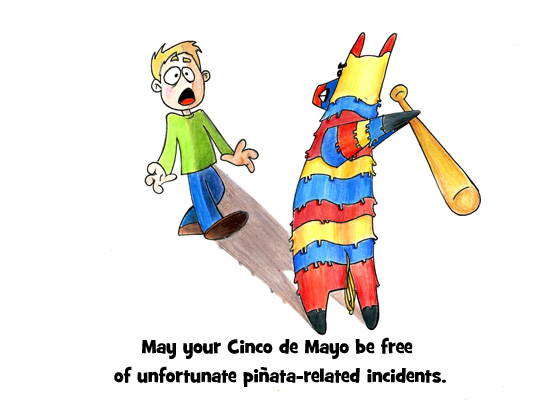 For our first article in May Revenge of the Ghost Wolf is republishing:

For some reason our readers have taken great interest in it lately, an article from the summer of 2011 when we under direct attack from Gerald B Hough the Gilmer County prosecutor who felt it was against the law to report the truth. It is a well researched article that we have…