← The SISTER of DEATH — SISTER MORPHINE –Just Another MURDER down by the Crooked River CROOKED COUNTY STYLE!
Ashley Whitt MTV STAR of BUCKWILD was arrested for GRAND LARCENY →

GINGER PERSINGER FOUND NOT GUILTY BECAUSE GERRY HOUGH IS GUILTY OF BEING A DISHONEST SOB — HOUGH HAS PROVED TO BE A REAL BAD PROSECUTING ATTORNEY FOR GILMER COUNTY, WEST VIRGINIA!!

The case involved an embezzlement from the company of Gregory A Smith the longtime boyfriend of Shelly DeMarino attorney daughter of the infamous IKE MORRIS the Lord of the Church of Ike. GINGER PERSINGER was an employee of Greg Smith and is accused of embezzling money from the revenue of property.
This has all happened before so lets review another embezzlement case GERRY HOUGH bungled, the Jessica Self case!

In a court action that has reminded everyone of the State of West Virginia vs. the Jessica Self circuit court case — GERRY HOUGH has LOST another embezzlement case!! 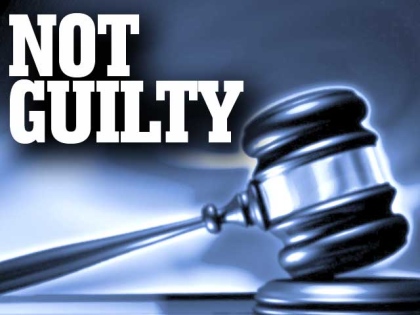 The trial of State of West Virginia vs. Ginger Persinger, charged with 3 counts of embezzlement began on Tuesday, June 24, 2014 at 10:28 AM after the jury was sworn and seated.

Opening statements were made and the prosecutor Gerald B. Hough began to call witnesses.

Testimony was taken from 2 witnesses on Tuesday and Chief Judge Jack Alsop recessed the trial at Noon and directed the jury to return at 9:00 AM on Wednesday.

On Wednesday, June 25, 2014 Gerald Hough called 6 more witnesses before the Judge sent the jury to lunch.

At 1:15 PM the trial resumed and the state rested its case.

Posted on July 3, 2014, in Uncategorized. Bookmark the permalink. Leave a comment.

← The SISTER of DEATH — SISTER MORPHINE –Just Another MURDER down by the Crooked River CROOKED COUNTY STYLE!
Ashley Whitt MTV STAR of BUCKWILD was arrested for GRAND LARCENY →